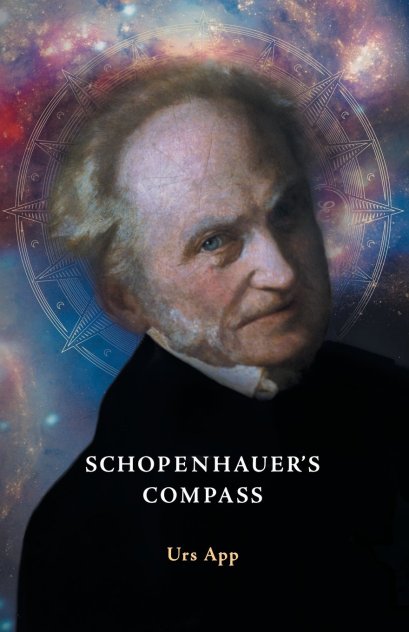 A month ago I gave a talk to a group of philosophers who had gathered for an Open University research day. My paper was an attempt to analyze, using some conceptual tools from contemporary analytic philosophy, the Buddha’s second noble truth, that desire is the cause of suffering. In this course of giving this talk I said that we should distinguish the Buddhist concept of taṇhā, translated ‘craving’ or ‘desire’, from more metaphysical concepts such as Plato’s eros or ‘passionate love’, Freud’s libido or ‘sexual desire’ and Schopenhauer’s Wille or ‘will’. I wanted to argue that the Buddhist concept was quite a practical one – pointing to the fact that certain kinds of desire, the ones that involve an ego or self who tries to appropriate the object of desire, always run the risk of frustration, and such frustrated appropriative desires are certainly a kind suffering. I wanted to use Epicurus’ very practical distinction of kinds of desire to show what the Buddha might have meant, in line with my recent interest in Epicurean philosophy as a way of life. But one of my philosophical colleagues thought I had mis-represented Schopenhauer, whose metaphysics of suffering and will was in fact, he thought, not much different from the Buddhist account I had given. So had I got done Schopenhauer a dis-service? Had I unfairly mis-represented him as explaining his pessimistic view of life as suffering through a quite speculative metaphysics of will? How did his thought relate to Buddhism?

Rather than re-reading The World as Will and Representation,[i] which is very long, and re-visiting where I stood in relation to what Schopenhauer writes there in his main work, I looked at a new book by Schopenhauer scholar Urs App called Schopenhauer’s Compass,[ii] which explores how Schopenhauer’s engagement with Indian thought informed the development of his metaphysics of will; of how the universe as it appears to us is the diversified manifestation of an underlying reality, which somehow wants to become diversity and multiplicity. The book turns out to be so good that I wanted to write about it.

It’s a book of what one might call ‘philosophical scholarship’ – not in itself a philosophical engagement with Schopenhauer, but rather a carefully researched account of where his philosophical views came from. The book’s thesis is that Schopenhauer’s metaphysics of will come from his reading of the Oupnek’hat, a late 18th-century translation into Latin of a 16th-century translation into Persian of the Sanskrit Upaniṣads. It is well-known that Schopenhauer was a devotee of this version of the Upaniṣads, but it seems that nobody up until now had studied its very particular foibles, nor the very many markings and annotations he made on his copy of the Oupnek’hat. App’s study of all this is a revelation.

Up until 1814, Schopenhauer had not yet formulated the fundamental idea of his philosophy. He had found many clues in the mystical theology of Jacob Böhme, and in the philosophy of Schelling. He wrote his doctoral dissertation, on The Fourfold Root of the Principle of Sufficient Reason, in 1813. Then, on 26 March 1814, Schopenhauer borrowed the two volumes of the Oupnek’hat from a library in Weimar (he later bought his own copy and wrote all over it – always a good sign). From the present point of view, the Oupnek’hat is a very bad translation of the Upaniṣads, not just because it came via Persian into Latin, but also because it introduces ideas which don’t belong to the original. But it’s also an example of a ‘creative mis-translation’, whose very mistakes became the seeds of Schopenhauer’s own forming vision.

The central message of the Upaniṣads themselves is that there is an essence of consciousness, called the Self (ātman), which in its essence is identical with the essence of reality, which is called Brahman. Hence, ‘you are that’ (tat tvam asi). The Upaniṣads were set down in Sanskrit and are regarded among Hindus as preserving the final teaching of the Vedas (hence they were called Vedānta, ‘end of the Vedas). Meanwhile, Prince Dara was the eldest son of the 16th c. Moghul emperor Shah Jahan (who built the Taj Mahal as a tomb for his beloved wife Mumtaz Mahal). Prince Dara was a Sufi, of a universalist and mystical bent, and gathered Sanskrit scholars to help him translate the Upaniṣads into Persian (the language of the rulers), which he published as Sirr-i Akbar (The Secret of God). Prince Dara, however, added some commentary, which interpreted the essence of the Vedas in terms of Sufi mysticism. Two novel interpretations stand out in Dara’s commentary.

First, he translated the concept of maya or ‘illusion’ as ishq or ‘love’. The term maya, as it is used in Advaita Vedānta to interpret the Upaniṣads, names the result of the superimposition of desire out of ignorance onto the unity of brahman, to create the familiar appearance of multiplicity. The term ishq, in Sufism, points to the mysterious way the unity of God becomes, through emanation, the multiplicity of creation. The concept of ishq was itself the result of the Sufi theologian Ibn-Arabi’s incorporation of Neoplatonic ideas about the emanation of the world from the One, which had by the 16th c. become part of Sufi thought in India. Second, Prince Dara understood the return to brahman, the lifting of the veil of maya, which is everywhere the aim of the Upaniṣadic sages, in terms of fanā, the self-annihilation of the ego in Sufi mysticism, and of the realisation of tauḥīd or divine One-ness. Hence the Persian version was already quite a work of cultural translation.

Abraham Hyacinthe Anquetil-Duperron was one of the first European ‘orientalists’; his translation of Prince Dara’s Persian translation of the Upaniṣads into Latin as Oupnek’hat was his main contribution. But not only did he not distinguish in his text between the translations of the Upaniṣads themselves and translations of Prince Dara’s commentary upon them, but he also added a huge amount of his own commentary and interpretation. So this was what Schopenhauer encountered in 1814: what sounds like a mash-up of Upaniṣadic thought and Sufi mysticism in a translation steeped in Neoplatonism. Late in life the philosopher was to write:

“How entirely does the Oupnekhat breathe throughout the holy spirit of the Vedas! How is everyone who by a diligent study of its Persian Latin has become familiar with that incomparable book, stirred by that spirit to the very depth of his soul!”[iii]

And in his philosophical notebooks from 1816, just before composing The World as Will and Representation, Schopenhauer wrote:

“I confess that I do not believe that my teaching could ever have come into being before the Upanishads, Plato and Kant cast their rays simultaneously into one man’s mind.”[iv]

From Kant’s philosophy, Schopenhauer derived the basic critical framework for his ‘transcendental idealism’ and for the distinction of a world of objects and appearances (or ‘representations’, Vorstellungen) from a world of things-in-themselves, as they exist independently of subjects. From Plato, Schopenhauer took the concept of the Ideas or Forms, those archetypes of experience such as goodness, truth and beauty, which are like doorways from the world of multiplicity into the reality behind it. And in the Oupnek’hat, Schopenhauer discovered an account (which he believed to be extremely ancient and an authentic expression of Vedic thought) of the way this world of appearance has manifested – as that love (ishq) or will which is the world of illusion (maya) we take to be real. And (according to Schopenhauer) it is through the self-negating of the will (through participation in art, through the ethics of compassion, and through mystical vision), a seeing-through of the ego, that there is some access to truth, and there is salvation for humanity.

Such is the background to Schopenhauer’s metaphysics of will as sketched out by App in Schopenhauer’s Compass. One pole of the compass points south, to appearance, to illusion and to will; the other pole points north, to reality, wisdom and the quieting of the will. What Schopenhauer meant by ‘will’ is not really there in the Sanskrit Upaniṣads, nor in Sufism, nor in Neoplatonism, but is rather part of Schopenhauer’s own visionary metaphysics. But Schopenhauer’s vision depended, in its actual genesis at least, upon this particular encounter with a bad Latin version of a Persian Sufi interpretation of the Upaniṣads. Thus from great mistakes does the creative mind leap. It is tempting to think of Schopenhauer’s devotion to the Oupnek’hat as another symptom of the veil of love.

Urs App tells this whole story with economy, precision and enough sympathy and depth to draw the reader in. The book is also an excellent introduction to Schopenauer’s philosophy, for a certain sort of person, who likes to mix their philosophy with a little Indian wisdom and a lot of mysticism. Going back now to my philosophy talk in Milton Keynes back in July, another comment made in response to what I said about the Buddha’s second noble truth, that desire is the cause of suffering, was that my attempt to analyze the Buddha’s teaching in a very practical and empirical way had its limits. Given that the life of desire goes so deep in human experience, the kind of transformation of desire that the Buddha recommends does seem to need some kind of metaphysics, some account of what is going on in the experience of desire, and how it is connected with life, sex and the universe. I am not sure I believe that Schopenauer’s metaphysics of will is exactly what the Buddha had in mind when he said that desire was the cause of suffering; but I am beginning to think that there is more room for visionary metaphysics in my account of Buddhism than I had previously supposed.