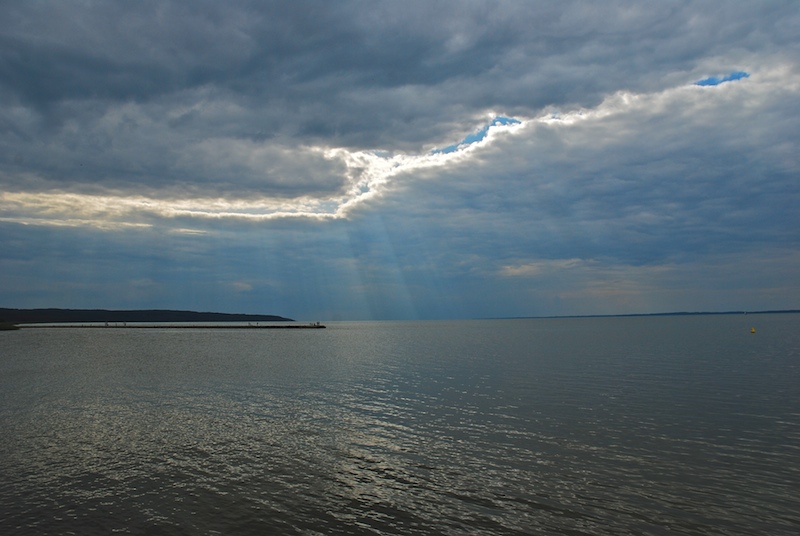 The ‘Discourse on the Not-Self Characteristic’ (Anatta-lakkhaṇa-sutta) (my summary translation can be found here) goes by another title in Sri Lanka – the ‘Discourse to the Group of Five’ (Pañca-vaggiya-sutta); and the alternative title gives us another clue to what it’s about. The Buddha is shown as being in conversation with his five former companions in the ascetic life, so that this discourse is traditionally regarded as the Buddha’s ‘second sermon’, following the famous ‘first sermon’, the Discourse on the Turning of the Wheel of the Dharma (my introduction to which is here). At the end of the first sermon, Koṇḍañña had the insight that ‘whatever is of a nature to arise, all that is of a nature to cease’, and this insight was a breakthrough for him. It was also a breakthrough for the Buddha, who for the first time had managed to communicate something of the Dharma to someone else, enough at least to induce the kind of insight that leads to ‘stream entry’ – an irreversible engagement with the path that leads to nirvāṇa, the end of dukkha. In this second sermon, the Buddha goes on to give the ‘group of five’ a direct and specific teaching, on the ‘not-self characteristic’ – a teaching which leads all of them all to see through any confusion they might hold about who they really are, and move them on and into a liberating knowledge of how things actually are.

In my introduction to the first sermon I made the (possibly unfortunate) comparison of the Buddha’s teaching with the Abba song ‘Waterloo’– a song that announced the sudden, brilliant, appearance of soon-to-be-world-famous talent. My point was that the four ‘ennobling truths’ taught in the first sermon were like a universe-wide hit, like a memorable tune that could get the Dharma into everyone’s heads. By contrast, in the second sermon the Buddha might be said to abandon jumpsuit and boots, and put on the dark clothes and hat of Leonard Cohen, and sing something that goes straight to the heart.

This might not be so obvious from the bare words of the discourse, which, as usual, is replete not only with repetition but with a somewhat forbidding technical vocabulary. Let us once again think about the discourse as literature. It is almost absurd to suppose that this discourse represents in a literally historical way the words of the Buddha to his first five disciples. The Buddha would have been at the very beginning of his teaching career, and he was yet to develop the many ideas and methods that have been preserved in the Pāli canon. It makes more sense, I think, to suppose that the Discourse on the Not-Self Characteristic represents  a way of putting the Dharma that the early Buddhists considered to be especially characteristic and typical of their teacher. And by imagining the Buddha as putting the Dharma in this way to his very first disciples, the Buddhists, who composed these early discourses, were in their own way doing justice to the memory of the Buddha. In this way, one might suppose, they managed to put into this discourse a kind of condensed version of one way in which the Buddha taught.

There is hardly any scene-setting. The Buddha addressed the group of five monks while they were living together in the Deer Park at modern-day Sarnath, near Vārāṇasi. But rather than telling them something ­– as he had done in the first sermon, when he told them about the middle way and the four ennobling truths – he simply asks them questions. This is reminiscent of the Buddha’s teaching strategy when he was talking to the Kālāmas (my introduction to the Discourse to the Kālāmas is here). The Kālāmas had had enough of being told by religious teachers what the truth was, and how any other truth-teaching was rubbish. The Buddha understands this and gives them a method by which they can decide for themselves what should count as a wholesome mental state and the advantages of developing such a state. But here, talking to the group of five monks – experienced spiritual strivers, intent upon liberation – the Buddha can assume a shared understanding of ethical conduct and meditation practice. Within this framework of commitment, he leads the monks through a set of analyses of experience, designed to get them to question their assumptions and re-think their views.

Any of you who have read any Plato might recognise this method of questioning – it reminds us of Socrates, who always claimed he knew nothing except that he was ignorant, and who proceeded to cross-question his poor interlocutors until it became apparent to everyone that they didn’t know anything either. Have you ever had the experience of having your assumptions pulled out from beneath you? I had always thought Leonard Cohen was one of those hippy crooners who’d smoked too much cannabis to make sense. But then Maitridevi played me his greatest hits in the car five years back, and I saw the truth… And probably anyone who meditates regularly has had the experience that our usual way of looking at things suddenly cracks and crumbles, to be replaced by a new perspective – that perhaps our breath is not actually boring at all, or that there is in fact no obligation to hold onto our resentments. I would say, though, that the Buddha is not exactly like Socrates. He always claimed to definitely know something about awakening. On the other hand, awakening is not an idea and cannot be put into words. We each have to discover it for ourselves, and hence the Buddha’s method of leading his hearers.

So he engages the monks in a process of destructive cross-questioning. The method turns on a way of dividing up our experience of ourselves into five khandhas or ‘constituents’, sometimes translated ‘aggregates’ or even ‘heaps’:

This might sound complicated, but in practice it is relatively easy to keep these five aspects of experience in mind. Is our experience made of anything else besides these five constituents? It might be useful for us to consider how we might naturally describe our experience. I’ve always noticed that there is a body, there is thinking (in the head), there is feeling (more in the heart), and there is willing (which seems to be everywhere). The five khandhas may be a useful abstraction, that’s the point.

The Buddha then gets the monks to carefully consider whether any of these constituents is the self. By ‘self’ or attā (or ātman) the Buddha means ‘who you really are’. He presents two arguments for the monks to chew on. In the first he gets them to consider how they are not in fact able to control body, feeling tone, perception and cognition, habitual tendencies or consciousness. Is this true? If you are like me, it would be truer to say that we have some control, but not much, and not when it counts. Experience mostly just happens, and we find ourselves carried along, hoping for the best. So who are we really? I think that the most likely candidate for who we really are is consciousness. Thinking this way would mean deciding that who I really am is a deep awareness of being this same person over many years. My body changes slowly, feeling tones come and go, perceptions and cognitions change all the time, habitual tendencies unfortunately have a life of their own, but my consciousness is pretty steadily me. If I can’t control consciousness, that might be because I’m busy, or life is going badly, and a holiday or retreat might bring me back to myself. However, the Buddha will not let us rest with a conclusion like this.

The Buddha then gets the monks to consider whether the constituents are permanent or impermanent. Of course, they’re not permanent at all. So can any of them be truly satisfying? That’s quite a question. Of course, there is some satisfaction to be got from bodies, feeling-tones, from consciousness. But there is an invitation here to consider whether it is really OK that there is some satisfaction in experience. Finally, the Buddha asks the monks whether it is appropriate to say of any of a changing and partially satisfactory set of constituents that ‘this is mine, I am this, this is myself’? Of course, the way the discourse puts it, this is almost a rhetorical question. But clearly what is being suggested isn’t that the monks gave the right answers because they were good Buddhists, but that they were rehearsing a set of deep considerations about what it means to be a human being. For me, when I ask of consciousness whether it is really who I am, it soon becomes clear that after all what appears to be my self is this constant welling up of awareness which I simply continually identify with, as if I hoped it was me, as if I simply kept saying to myself, ‘this is who I am’.

But if in fact one cannot find within experience anything of which one can truly say, ‘this is myself’, this is what or who I really am, then one is free to let go of any idea that one’s experience should be a certain way, and all the emotion reactions that go with such a view. The Buddha describes this process as having three stages. There is the stage of disenchantment – no longer being under a spell, a false impression. There is the stage of becoming self-possessed – ‘dispassionate’ is the usual translation, but that might give the wrong idea of being disconnected from the heart. And there is the stage of liberation – no longer being pushed and pulled by views and emotions.

And the group of five monks gets it. Each in their own way, presumably, through their own individual process of consideration and enquiry. Their hearts and minds are freed and they are understandably pleased. They too have gained awakening and the end of dukkha. So this ‘second sermon’ gives us not so much a historical record of the awakening process of the first five disciples, but a kind of paradigm example of how the Buddha taught, and how the insight process might unfold. In fact the Buddha taught many methods and in many ways, in accordance with who he was talking to, but the Discourse on the Not-Self Characteristic tells it like it is: ‘there is a crack in everything, that’s how the light gets in’.

The Discourse on the Not-Self Characteristic is to be found in the Saṃyutta Nikāya, 22:59. This introduction is based on a talk given at Bristol Buddhist Centre 7 Nov 2017.

One thought on “The Not-Self Characteristic”